We’ve got years of experience in all sorts of creative making; From Web Site Design and Building to Photography, to Watercolor Renderings and Graphic Illustrations. I know it sounds like way more than we should be getting into, but hey, there’s two of us!

An Artist and Designer born and raised in California. Liz got her AA degree from College of the Sequoias in 2005 while working in-house as a Graphic Artist for the Donald Lawrence Co., Visalia, CA. Though the schooling certainly helps, She attributes her life of creativity to her parents’ strong creative influence while growing up. Liz’s dad is an Artist, mother is a Musician, and they chose to home-school their kids. She has spent her whole life immersed in art — stuff that just can’t be learned at a school.

Born in Arizona, raised in California. Jon is a Maker, a Renaissance Man, and a “Guy You Should Know – who fixes computers”. At the age of 10 he was deconstructing the family’s first Apple II. From a family of inventors and really smart people, Jon has continued his family’s legacy. He is a skilled Photographer, Designer, and Technician. Jon’s tech experience includes hardware, software, networking, and custom fabrication and programming. If he faces a challenge in his work, it simply feeds his motivation and drive to find the answer.

Yes, we work together –  working together makes us happier and more complete. We fell in love while working on a construction project side by side, and were married in 1999. 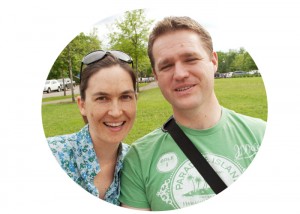